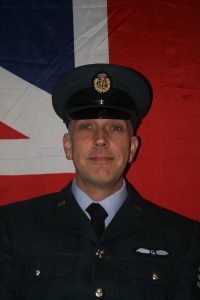 Paul Barnard has been involved with the Air Training Corps since 1985 and involved with Wymondham Squadron for the last 5 years. Paul began as a cadet at Thurston Squadron, when he turned 20 he became a staff cadet at Watton Gliding School and became a qualified glider pilot in 1993. Paul joined us at Wymondham in 2010, becoming Sergeant (ATC) in 2013.